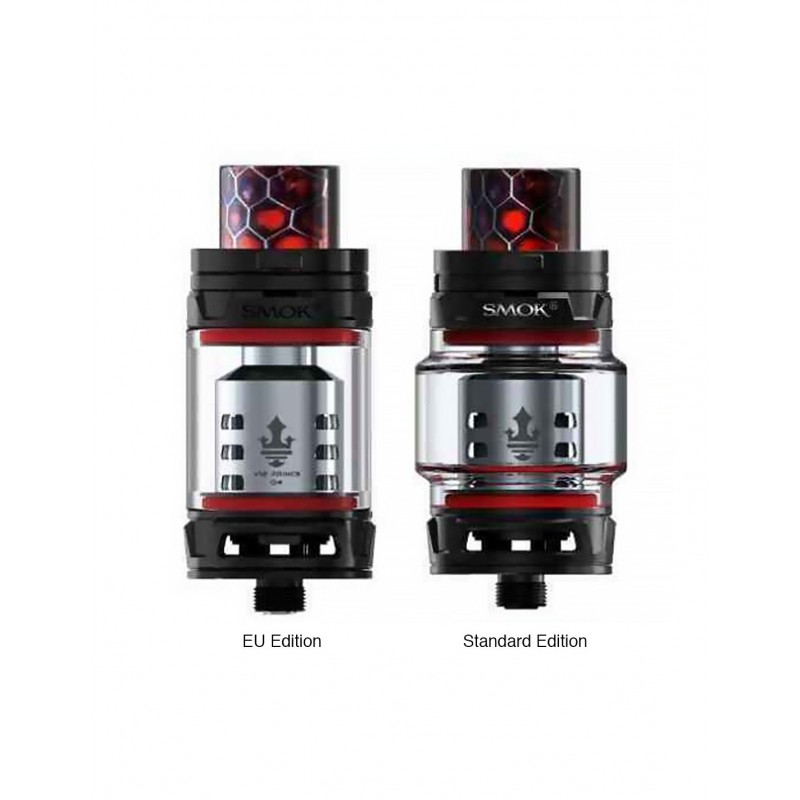 SMOK is a vaping company, which was established in 2010 and is based in Shenzen that has taken the vaping world by storm. This company is known for their innovation, resulting in the first atomizer having dual coils. The company is highly regarded as being the most advanced in the industry, and is known for their R&D team, which is meticulous in coming up with new advances.

The TFV12 by SMOK helps in producing large vapors apart from TFV4 and TFV8. The tank has a diameter of 27mm and comprises of V12-T12 coils, VT12-X4(Quadruple Coils) and V12-Q4 coils (Quadruple coils stacked). The tank has a capacity of 6ml and will suit people who are looking for regular vaping sessions. In terms of performance, the SMOK TFV12 is amazing. 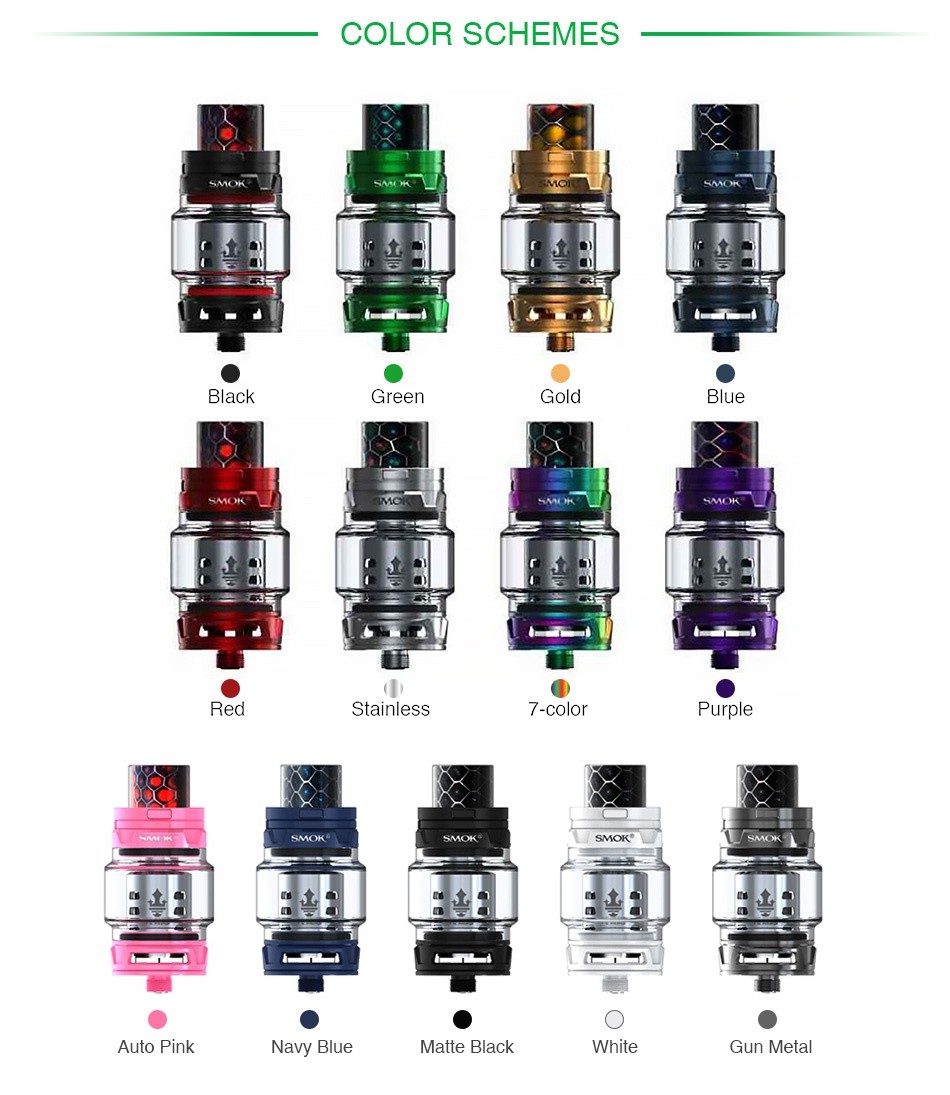 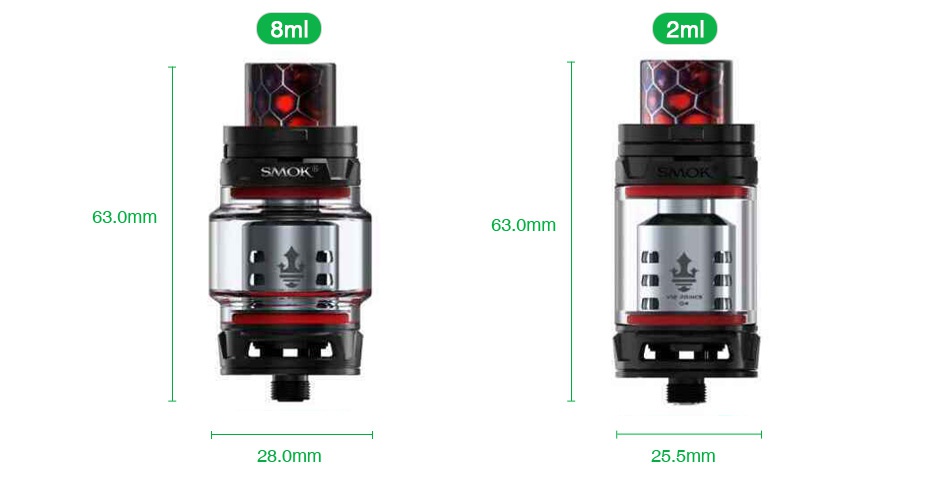 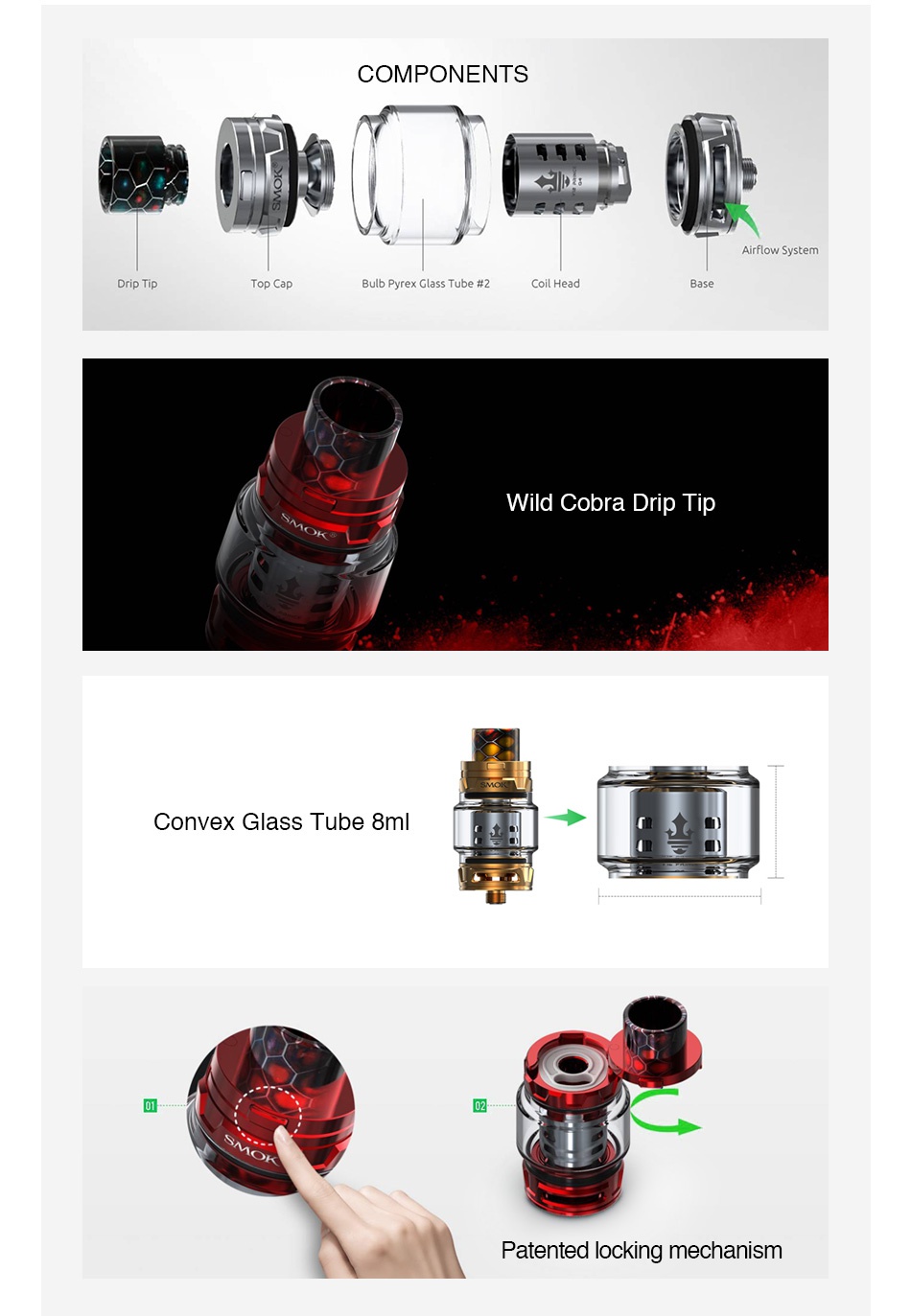 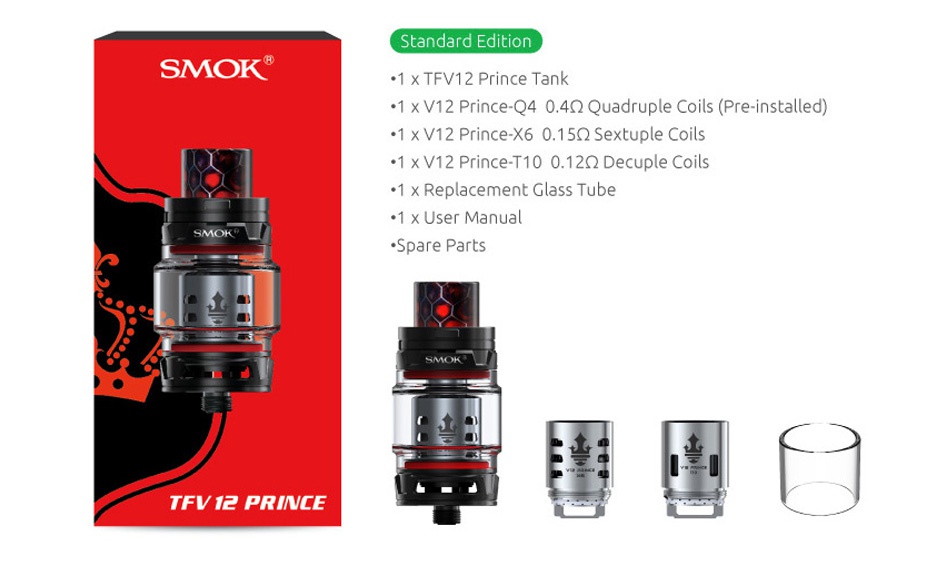 Simple packing. Customary Packing from the factory, the packing is subject to change without notice. 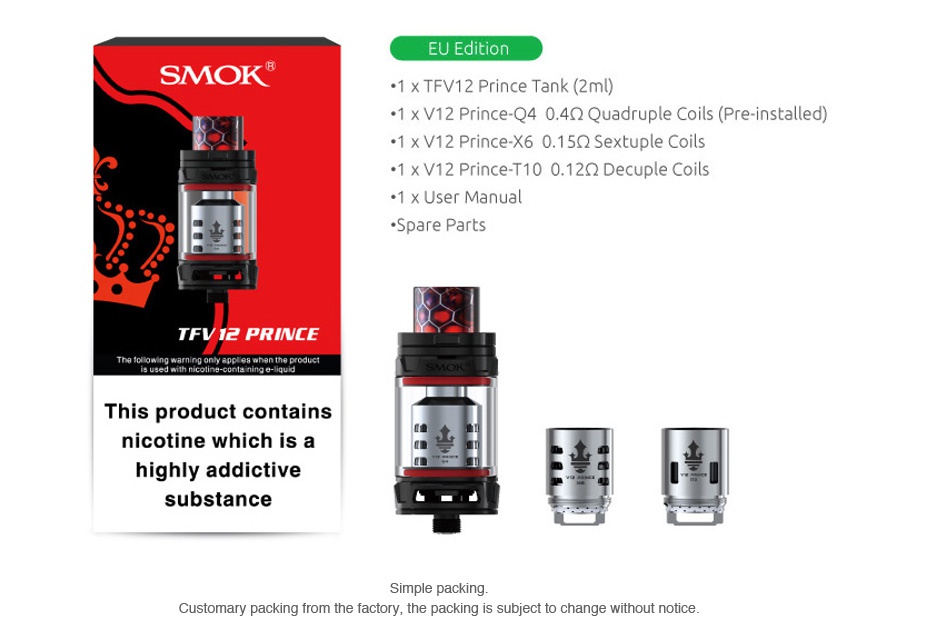 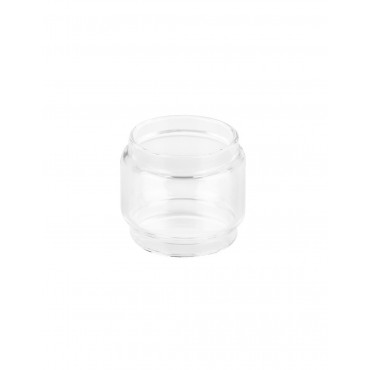 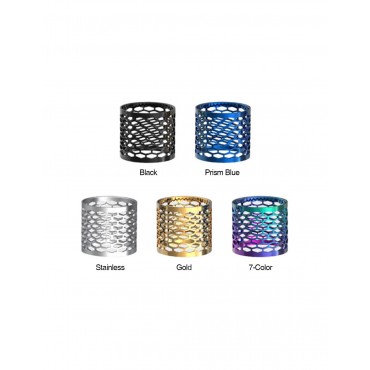 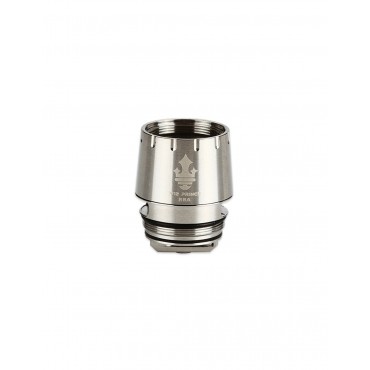 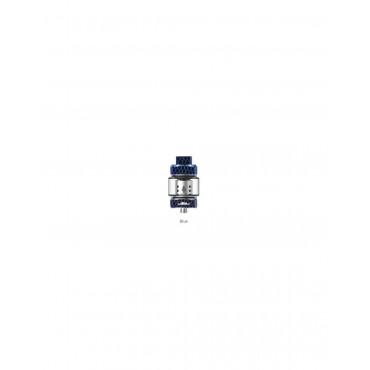 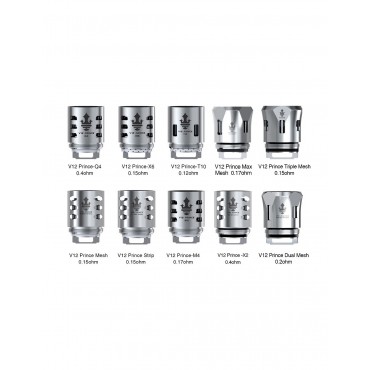